The company NouS examines the pure essence and self-evidence of a common, every-day encounter with its basic formulas and codes. It investigates the field between street-theater and movement-theater. An intuitive gut-feeling determines how the encounter develops between the actors and the dancers. Their reactions are utterly unexpected and yet entirely recognizable. A sequence of hallucinant situations takes place. In addition, they end up with a strange object. They try to communicate with each other and with the bizarre object. As if this wasn’t enough yet…! The space itself around the figures starts to manifest itself: an aspect they had not considered. All of a sudden, communication is far from self-evident. So… all the rules are set aside and…yes, what then? Chris De Feyter, one of the members of NouS, is an old-time fella. He took over the park last year with Hamish & Flamish. 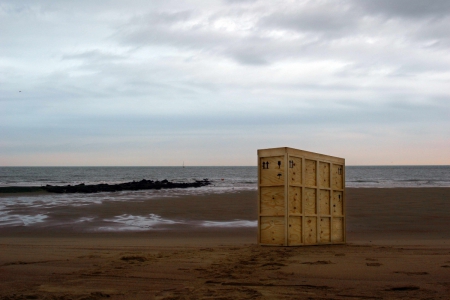 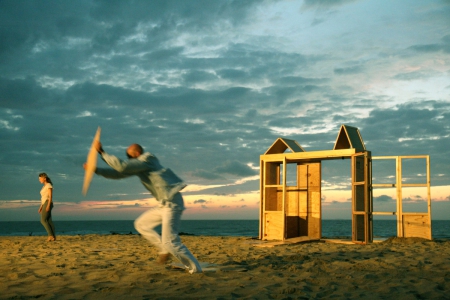 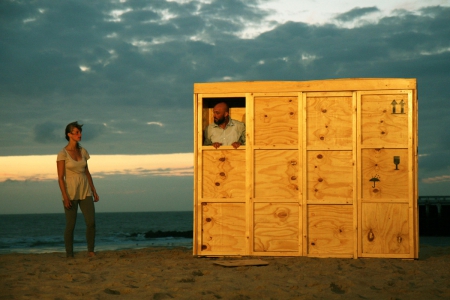 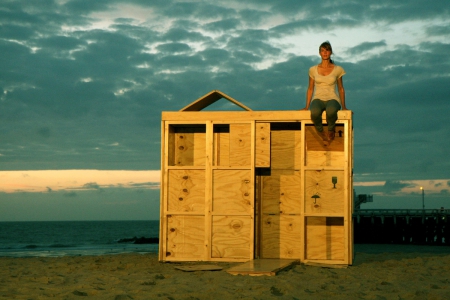 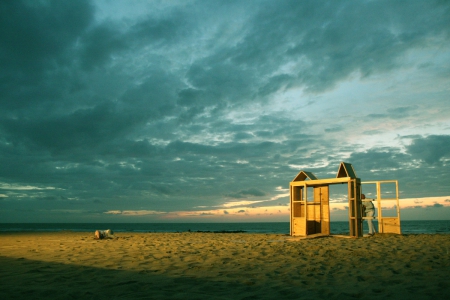 With: Celia Crahay, Chris De Feyter‚ Erki De Vries and Anton Boon | Special thanks to: Theater aan Zee 2008 | NouS is a coproduction of NouS and TAZ