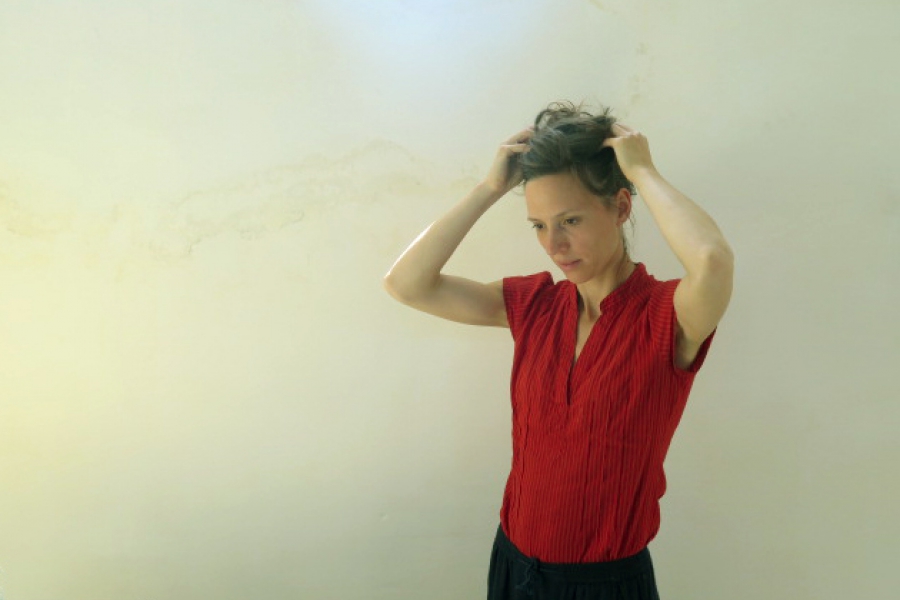 Freija Van Esbroeck has pursued several directions as a visual artist. She created stage sets, masks, body extensions, theatre puppets and sculpture. She developed the performative character of her work via stop-motion films and photo series. Besides the body sculptures, which she used in her performances, she also looked into the possibility of bringing material, - objects or sculpted characters -, into motion by animating them. Throughout the years she has developed her imagery and visual language crossing over the borders of different media. Her central theme is the research of Identity, the alienation of the character from himself. Her work focuses on the way one ‘undergoes’ different realities of a world characterized by a constant change of form, goal and laws. The act of wearing a mask and undergoing this experience in space, the obsessive and repetitive search for order in chaos are important elements that form the basis of her work. Her constant search for security carries an element referring to the old instincts of survival. However this search is not without a sense of humor and putting herself into perspective. She is the maker of own self-tailored body-shells. As lonely performer she becomes one with her sculptures, a process recorded in photos and videos. 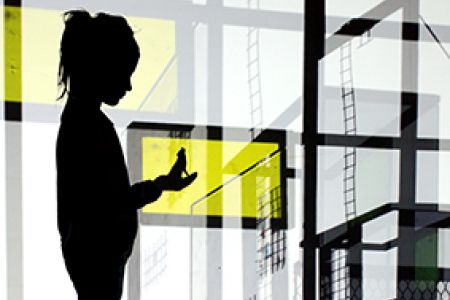 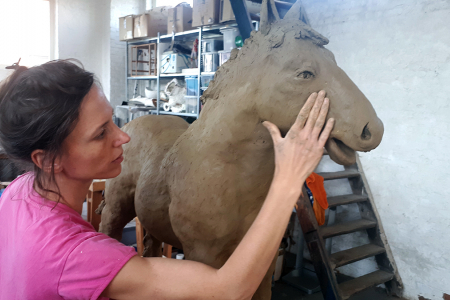 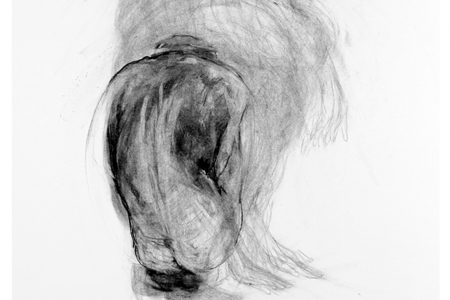 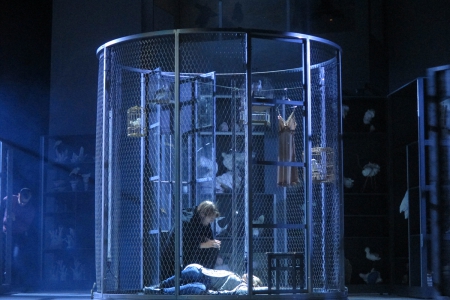 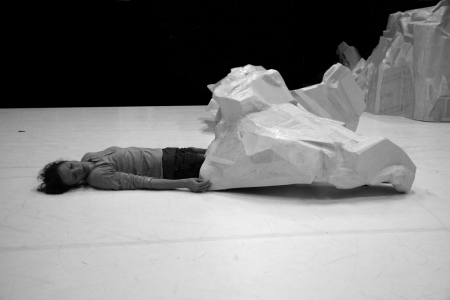 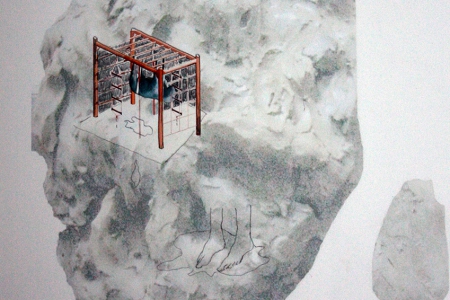 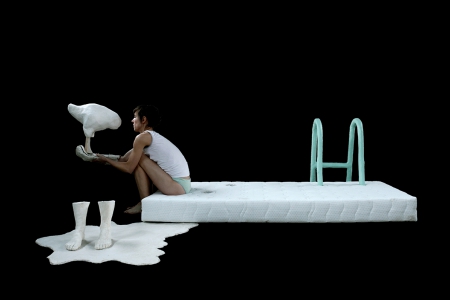 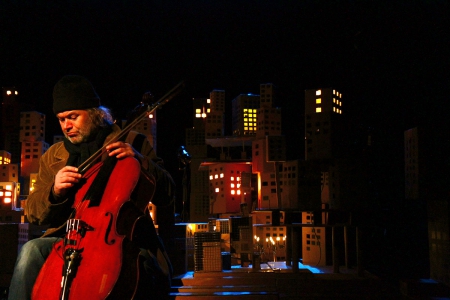 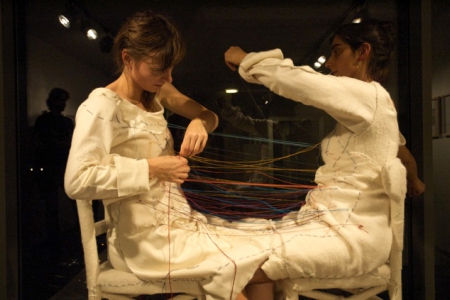 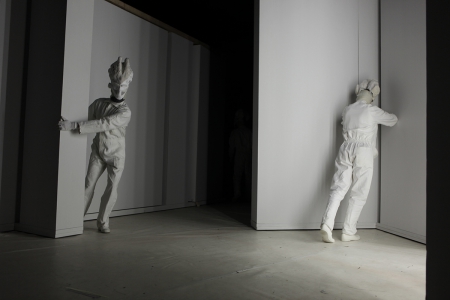 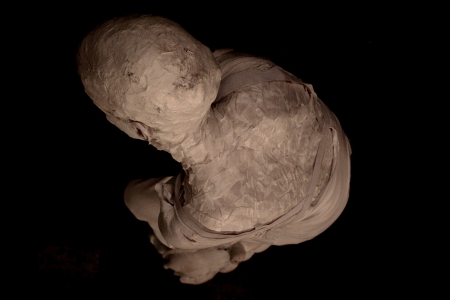 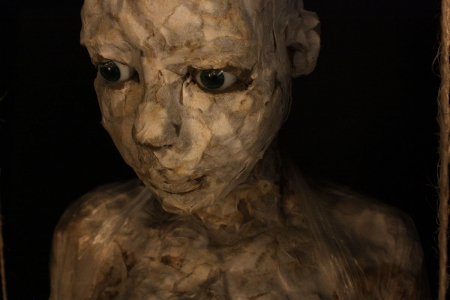 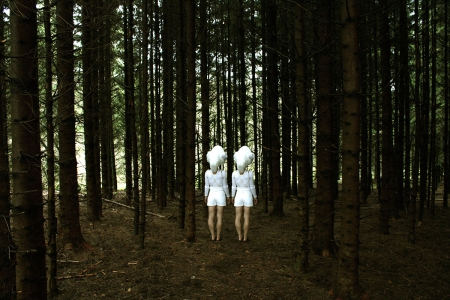 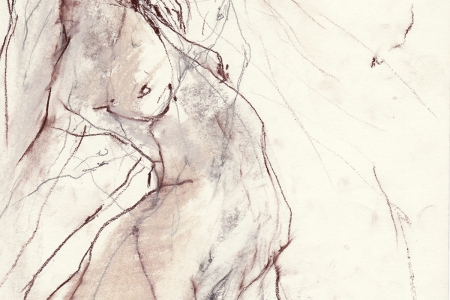 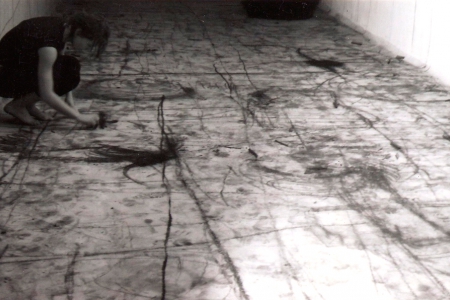 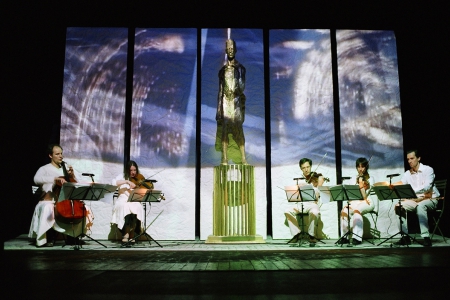